From the desk of Bill Brockett…

During the first half of 1974 I was a Specialist E-5 in the United States Army assigned to Ft. Monmouth, New Jersey. I was attending military school at night, Red Bank Community College in the daytime, and waiting for my security clearance to come though for my White House assignment. Little did I know that two Special Agents from the FBI were interviewing my kindergarten teacher from Murray Manor Elementary School in La Mesa, California.

On July 1st of 1974 I reported to my new job with the White House Communications Agency and was assigned to the Video Tape Recording department in the Old Executive Office Building. In a nutshell, we recorded the morning shows like Today and AM America (now Good Morning America), the evening network news programs, presidential speeches, and any special requests from the First Family or White House staff. To receive this assignment was an incredible honor.

“Bill… It was great to talk to you today. From what you and I talked about during your [oral history] interview so long ago, I believe you have the makings of a very interesting book.”

Just over a month later, on August 8th and 9th, four events occurred in about an 16-hour period that would change the course of history, and my life, forever. To my knowledge I am the only person who, with my own eyes, witnessed all four — the resignation of Richard Nixon from inside the Oval Office, President Nixon’s farewell address to his staff in the East Room, the Nixon’s departure by helicopter from the South Lawn, and the swearing in of the 38th president, Gerald Ford. 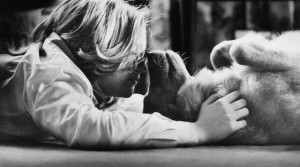 Susan Ford with Liberty…click to enlarge

By the October of 1974 I had taken on the volunteer side job of training the president’s Golden Retriever, Liberty. My relationship with President Ford quickly changed to dog trainer and dog owner (with him listening to and “taking orders” from me), and then to an unofficial personal advisor to the President of the United States.

In late August of 1975 Mrs. Ford asked me and my then wife, Germaine, if we would consider moving into the residence with them to assist with the birth and raising of Liberty’s puppies…I had taken Liberty to Oregon that July to be bred to a field champion Golden named Lad who belonged to two friends of mine from Medford. Germaine and I lived with the Ford’s for the entire month of September. During that month nine puppies were born on the third floor and the president was nearly assassinated twice.

Over the years many people have encouraged me to write a book about my experiences at The White House and Camp David…about the last days of the Nixon administration and my amazing times with the Ford family. I have always rejected the idea. In 2006 I spent several days at the Ford Presidential Library and Museum during which I gave about a 4-hour oral history that was moderated and recorded by Ken Hafeli, an audiovisual archivist at the Library. Last summer I gave a similar, over 4-hour interview to radio talk show host, Steven Maggi. The idea of a book was again discussed…but this time Steven would not give up! For me, the timing finally seemed right. 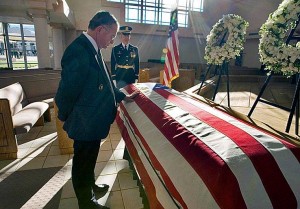 So…with Steven’s help, my incredible memories, a 30-page transcript of my Ford Library interview, and Steven’s recordings, the project has finally begun. I envision a coffee table style book with lots of great photos (from my friend David Kennerly and his White House photographer staff) and incredible stories that have never been put in print before. I’m very excited!

The purpose of my GoFundMe effort is to help defray the costs of about 10 days of research in the Presidential Library’s files…photographs and relevant documents…at the University of Michigan in Ann Arbor…and note taking from “memory jogging” at the Ford Museum in Grand Rapids. Any funds left over will be used for pre-publication expenses.

The layout and some of the writing has already begun, starting with a section entitled “Yellow line…follow the yellow line! Next man”. Anyone who was processed through the Selective Service Induction Center in Los Angeles, California during the Vietnam War era may remember hearing those words.

It’s difficult to stop writing here…there is so much I want to tell. But, I ‘m going to save all of that for the book. I promise that you will not want to put it down and that it will be, I believe, a work “for the ages”.

For more information about pre-ordering books through my fundraising effort please see my Funding page. Thank you for any additional GoFundMe contribution you can make…please know how much I appreciate your support!